Carer in the spotlight: Gill

“When I was a police woman in Rhodesia….”, says Gill, “I was quite confident with a gun. I am glad I never had to use it.” Everybody knows Gill. Our clients, our staff, everybody who visits or rings our office gets to meet or at least speak to Gill, our ever so calm and gentle receptionist. But not everybody knows what an extraordinary life she has lived. So extraordinary, it is almost hard to wrap your head around.

A life that includes growing up in a home-made zoo in Zambia, starting a horse riding school in South Africa and working as a police officer in Rhodesia – today’s Zimbabwe. Gill has kindly agreed to be our next ‘Carer in the Spotlight’, even though she is technically not a carer (any more). But Gill’s story is just too good to miss out on.

Gill’s parents moved to Zambia after WWII. Her father worked as a Game Ranger in Luangwa Valley, often known as the ‘honey pot’ of Zambia because of its incredible wildlife. “My father would bring home all the orphaned animals he found”, says Gill. “He built a zoo in our back garden. We had snakes, lions, antelopes, and all sorts of other animals around the house.”

“When I was six, I had my own baby Baboon, called Belinda. I would bottle feed her, dress her up and wheel her about in the pram, followed around by the cat, the dogs and the zebra. She slept in a pram in my bedroom, and in the morning she would snuggle into bed with me.”

The animals got used to being around people, and most could not be returned into the wild. Gill: “Some of the animals went to a zoo in England. Our lions went into acting, one of them played a role in the film ‘Cleopatra’.”

A dream of a riding school

When she was eight, Gill moved with her parents, two brothers and sister to the UK – which of course had never been home to her. She was used to the sun, the warmth, to African ways. It must have been quite a shock coming to cold, wet and crowded England. “I didn’t like it at all in the UK”, says Gill, “I missed home terribly.” Fortunately for Gill her father had itchy feet too, and they moved to South Africa when she was a teenager.

Always having had a love for animals, Gill decided to set up her own horse riding school in Grahamstown, in the South East of South Africa. She bought thirteen horses and a 29-acre plot with a barn and some stables, and was ready to get started when the draught came. “It was a very dry year, and I couldn’t afford to have the water transported to where we kept the horses, so we had to carry it all up. All the water, every day, for thirteen horses. In the end it became too much, and I had to sell almost all the horses.”

She moved to Rhodesia, where she joined the police forces as a patrol officer, getting her Advanced Driving license (i.e., driving at high speed through busy traffic) and her Motorbike and Heavy Duty licenses. “I just thought I’d love being a police officer, I think I liked the idea of the action and excitement. Although I didn’t like the blood, I found it hard having to go to car accidents or violent incidents where people got seriously wounded.”

Knowing Gill, probably one of the gentlest people you’ll ever meet, it is hard to imagine her driving at full speed through town at night with a gun on her hip. But as an officer in Rhodesia, there is no doubt she must have been tough, and not easily afraid. “We always brought a handgun and a rifle,” Gill says. “But then you’d always have to keep the gun in the boot of the car, so you would basically go into a crime scene unarmed. It is just as well I never had to use it, because I would first have to go and get the gun from the boot of the car and find the ammunition.”

She met her husband, also a police officer, and because the Police Department didn’t like married couples in their workforce Gill changed jobs. To add another unusual career change to her life, she started working for Rhodesian Broadcasting, the national broadcasting company, recording and editing the radio shows before they were broadcasted. “This was well-before the era of live broadcasting, so we had to record material and then splice the tapes – cutting and pasting them by hand – to put the recorded material and the music together in a way it flowed nicely”, says Gill.

Raising a family in South Africa

With a civil war going on, Rhodesia was a turbulent place to live. When their first daughter was born, Gill and her husband decided to move to South Africa, where Gill found a job in the offices of a large department store. “Of course, in Rhodesia we spoke English and I couldn’t understand any Afrikaans. I couldn’t work in the shop, so I worked in the offices.” There would be three more children to come – another girl and two boys – all born and raised in South Africa. Gill: “My children are all so proud of their background, they love South Africa. It will always be home for them.”

By the time Gill lived in South Africa, Apartheid must have been in full swing. “I hated it, it was awful. The system forced everybody to follow the segregation laws, you couldn’t get out. For example, we had some wonderful black staff, and we always treated them very well. But they wouldn’t be allowed to sit in the front seat if we all went somewhere in the car, and they wouldn’t be allowed to enter the house through the front door – not even in my own house. I wasn’t even allowed to decide for myself who I invited through my front door, it was appalling.”

In her early 40s, Gill divorced her husband and moved with her children back to Zimbabwe (previously Rhodesia) – and then, after another three years, back to the UK. She found a place to live in Milton Keynes, near Bletchely. “It was dreadful, I couldn’t stand the place. It was just not a friendly place, the town, the people, the houses, it all filled me with dread. I would have taken the first plane back home if I could,” she says. She stayed in Milton Keynes for only four months, before moving to Hereford, where in the end she joined our team of carers at Kemble Care. 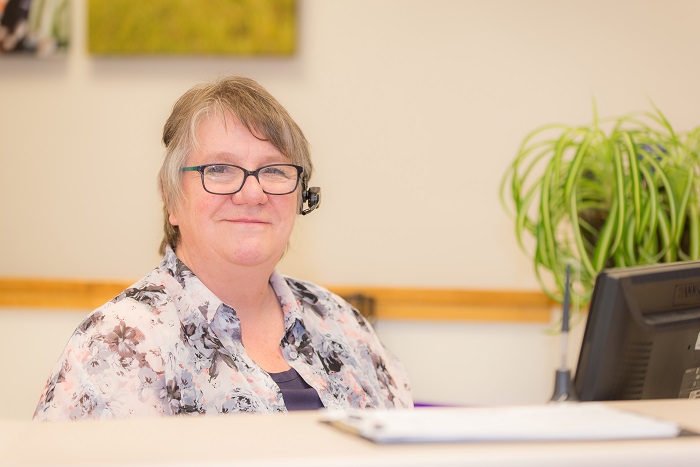 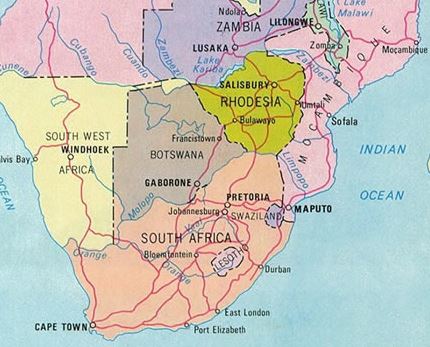 Now being the proud grandmother to five grandchildren, one of whom lives with her, she has not been back to Africa since she moved to the UK. Is there a chance she might go back? “One day, hopefully. I would love to visit my sister in Zimbabwe and go back for a holiday. I do miss it, Africa will always be my home.”

Big wins at the HT Health and Social Care Awards

Carer in the spotlight: Paul

Carer in the Spotlight: Carly